Bernie Sanders, who announced his 2020 presidential campaign on February 19, has been playing an influential role in the American political scene since he joined the House of Representatives in 1991.

But do you know all of Bernie Sanders’s most powerful quotes?

Here are some of his most impactful statements (including tweets) throughout his career in politics and public service.

Coal and oil lobbyists added fossil fuels to a bill aimed at helping American manufacturers, so they too could claim ‘manufacturing’ tax deductions. ―Bernie Sanders

Real change never occurs from the top on down, [but] always from the bottom on up. ―Bernie Sanders

Americans’ right to free speech should not be proportionate to their bank accounts. ―Bernie Sanders

It used to be that I was known as ‘the longest-serving independent in the history of the United States Congress,’ which is true. Now I’m a ‘self-professed democratic socialist.’ Things change when you run for president. ―Bernie Sanders

There are a lot of smart honest, progressive people who I think can be good presidents. ―Bernie Sanders

We need a very progressive and strong agenda to bring people into the political process because I worry very much about the future of the American democracy where so many people are giving up. ―Bernie Sanders

CEOs of large corporations earn 400 times what their workers make. That is not what America is supposed to be about. ―Bernie Sanders

The United States must join the rest of the industrialized world, to guarantee health care to all people as a right. ―Bernie Sanders

If we are going to reverse the race to the bottom, workers must have the right to engage in collective bargaining. ―Bernie Sanders

We need to change the power structure in America, we need to end the political oligarchy. ―Bernie Sanders

We need to change the power structure in America, we need to end the political oligarchy. ―Bernie Sanders

If you want to know if your food contains gluten, aspartame, high fructose corn syrup, trans-fats or MSG, you simply read the ingredients listed on the label. ―Bernie Sanders

Together, together, my friends, we have begun a political revolution to transform America, and that revolution, our revolution, continues! ―Bernie Sanders

It’s time to make our government work for all of us… and not just the 1%. ―Bernie Sanders

I see a future where American companies lead the world in the production of hybrid-plug in cars and electric vehicles. ―Bernie Sanders

Capitalism does a number of things very well: it helps create an entrepreneurial spirit; it gets people motivated to come up with new ideas, and that’s a good thing. ―Bernie Sanders

When a mother goes to the store and purchases food for her child, she has the right to know what she is feeding her family. ―Bernie Sanders

I think what the American people are saying is enough is enough. This country, this great country, belongs to all of us. It cannot continue to be controlled by a handful of billionaires who apparently want it all. ―Bernie Sanders

The Federal Reserve has the responsibility to protect the credit rights of consumers. ―Bernie Sanders

Social Security is a promise that we cannot and must not break. ―Bernie Sanders

Social Security, which transformed life for the elderly in this country, was ‘socialist.’ The concept of the ‘minimum wage’ was seen as a radical intrusion into the marketplace and was described as ‘socialist.’ ―Bernie Sanders

When World AIDS Day was first observed in 1988, there was no truly effective treatment for what was almost always a deadly disease. ―Bernie Sanders

I am not aware how you succeed politically when you insult women, who far more than men consistently provide you with great margins of support. ―Bernie Sanders

I have seven beautiful grandchildren, four of whom are girls. ―Bernie Sanders

What kind of nation are we when we give tax breaks to billionaires, but we can’t take care of the elderly and the children. ―Bernie Sanders

Democratic socialism means that we must create an economy that works for all, not just the very wealthy. ―Bernie Sanders

The point is change can come about, but it only comes about when millions of people are actively involved in political struggle, the billionaires may have the money, but we have the people. ―Bernie Sanders

The only way change happens is when people become more significantly involved in the political process. ―Bernie Sanders

You go to your public library, or you call your fire department or police department, what do you think you are calling? These are socialist institutions. ―Bernie Sanders

Democratic socialism means, that in a democratic, civilized society, the wealthiest people and the largest corporations must pay their fair share of taxes. ―Bernie Sanders

The minimum wage in Denmark is about twice that of the United States, and people who are totally out of the labor market or unable to care for themselves have a basic income guarantee of about $100 per day. ―Bernie Sanders

We should make a major financial commitment to improving our roads and bridges. ―Bernie Sanders

Fossil fuel corporations are supposed to pay the government fair market royalties in exchange for the right to drill on public lands or in federal waters. ―Bernie Sanders

I certainly did not know what the word ‘socialism’ meant growing up, because I was brought up in a very nonpolitical family. My brother was somewhat active, but my parents were not. ―Bernie Sanders

What my campaign is about is a political revolution – millions of people standing up and saying, enough is enough. Our government belongs to all of us, and not just the hand full of billionaires. ―Bernie Sanders

Even the alternative weekly newspapers, traditionally a bastion of progressive thought and analysis, have been bought by a monopoly franchise and made a predictable shift to the right in their coverage of local news. ―Bernie Sanders

For too long, unfunded federal mandates have drained the budgets of states and communities. The strength and vitality of our communities must be restored. ―Bernie Sanders

In 49 countries around the world, including all of Europe, people have the opportunity of knowing whether or not they are eating food which contains genetically engineered ingredients. In the United States, we don’t. ―Bernie Sanders

I think there are a lot of people who, when they hear the word ‘socialist,’ get very, very nervous. ―Bernie Sanders

It costs a hell of a lot more money to put somebody in jail than send them to the University of Virginia. ―Bernie Sanders

An America where every person, no matter their race, their disability or their sexual orientation realizes the full promise of equality that is our birthright as Americans. ―Bernie Sanders

Today, the top one-tenth of 1% owns nearly as much wealth as the bottom 90%. The economic game is rigged, and this level of inequality is unsustainable. We need an economy that works for all, not just the powerful. ―Bernie Sanders

It’s better to show up than to give up. ―Bernie Sanders

A nation will not survive morally or economically when so few have so much and so many have so little. ―Bernie Sanders

To me, democratic socialism means democracy. It means creating a government that represents all of us, not just the wealthiest people in the country. ―Bernie Sanders

You can download this Best Bernie Sanders Quotes PDF for Free here.

Who is Bernie Sanders?

Bernie Sanders is an American politician who has served as the junior United States senator from Vermont since 2007. He is a member of the Democratic Party, and he ran unsuccessfully for the party’s nomination for President of the United States in 2016. In 2020, he again ran for the Democratic presidential nomination.

Sanders has been described as an American democratic socialist, though he has rejected formal affiliation with socialism.

What are some of Bernie Sanders’ most famous quotes?

* The time is now for a political revolution.
* This country belongs to all of us, not just the one percent.
* I think there’s something wrong when the top one-tenth of one percent owns as much wealth as the bottom 90 percent.
* We’re going to have to look very seriously at public funding of elections.
* What we are seeing now is the result of 40 years of trickle-down economics.

What were some of Bernie Sanders’ biggest accomplishments?

His accomplishments are:-
1. He was an early opponent of trade agreements such as NAFTA, CAFTA, and PNTR with China, saying that they lowered wages in the US and led to the race to the bottom.
2. In November 2002, Sanders voted against the Iraq War Resolution; he was quoted by The Washington Post as saying I am not prepared under any circumstances—under any—to give George Bush or any other president—the authority to unleash such horrendous violence on innocent people.
3. In 2004, while still serving in the House of Representatives, Sanders opposed construction of a fence along the US-Mexico border, saying We do not need a wall.

While Bernie Sanders may have lost the Democratic nomination for president, his progressive ideals and commitment to fighting for the working class continue to inspire Americans across the country.

Hope these quotes from Bernie Sanders are as inspiring as they are insightful! Let us know your thoughts by leaving your comments on the Contact Us page. 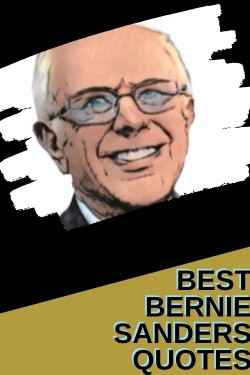 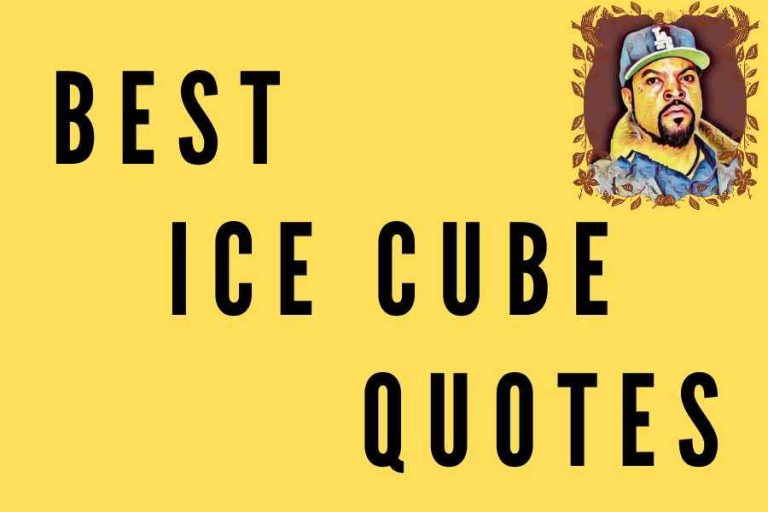 Whether you’re having a bad day at work or just need something to get you through the week, here are 121 best Ice Cube quotes that will motivate you to keep going and keep on pushing forward. No one can deny that Ice Cube is one of the best rappers and songwriters out there, but… 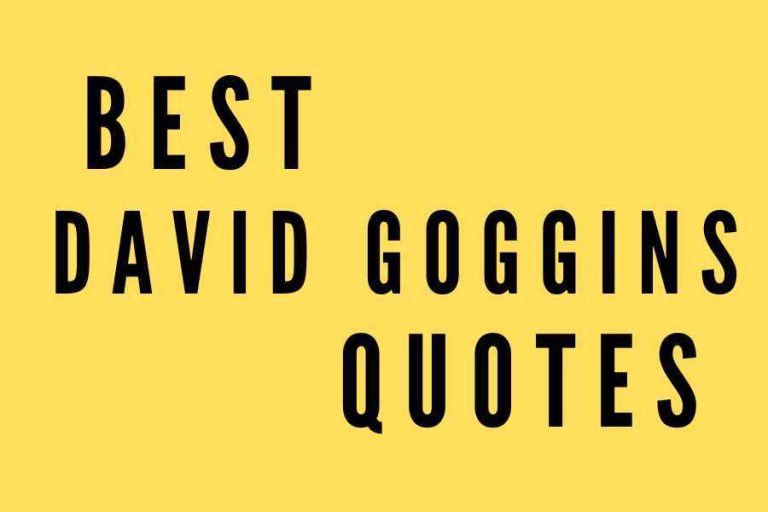 You might think of Navy SEAL David Goggins as the ultimate badass, but he’s also one of the nicest people you’ll ever meet. And although he once held the world record for most pull-ups (4,030) in 17 hours, he says his feats are nothing compared to what humans are capable of. Goggins has spent his… 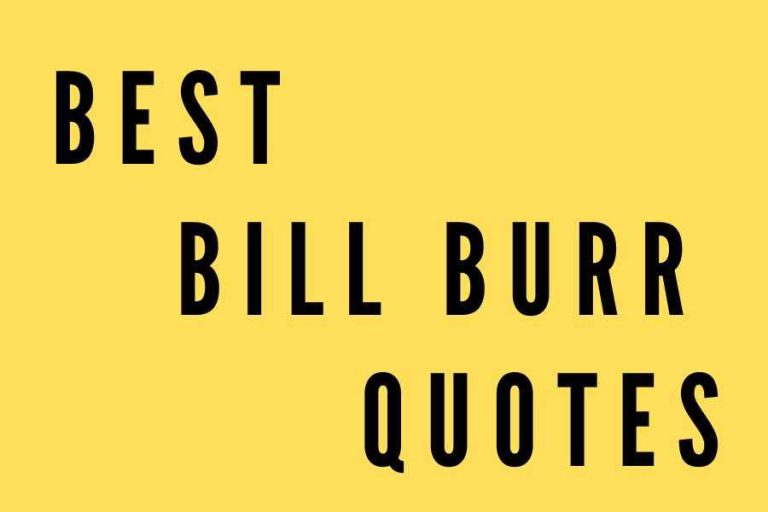 Some of the best Bill Burr quotes on life, love, and comedy are compiled here that can help you get your mind right before you head out into the world to do what you do best. Bill Burr is an American stand-up comedian and actor who is known around the world as one of the… 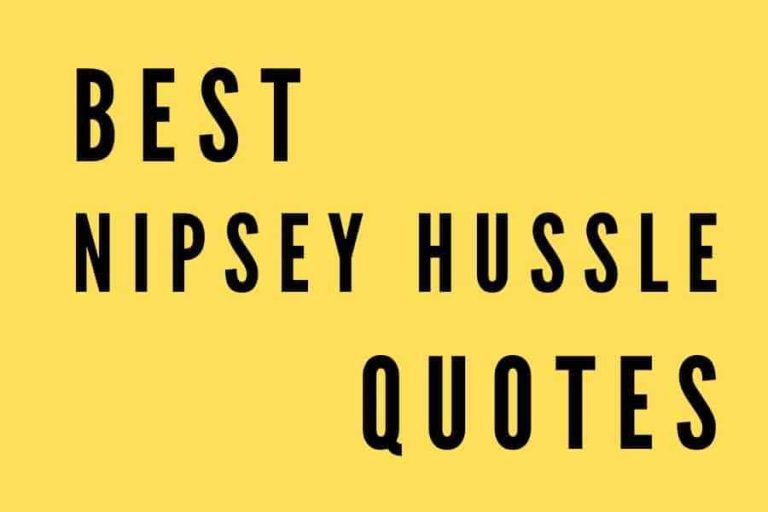 Nipsey Hussle is an American rapper and entrepreneur, born and raised in Los Angeles, California. He began rapping in high school, but later gained prominence after releasing his acclaimed debut mixtape The Marathon in 2007. He has since released other mixtapes and two studio albums, with the most recent being Victory Lap in 2017. Rappers… 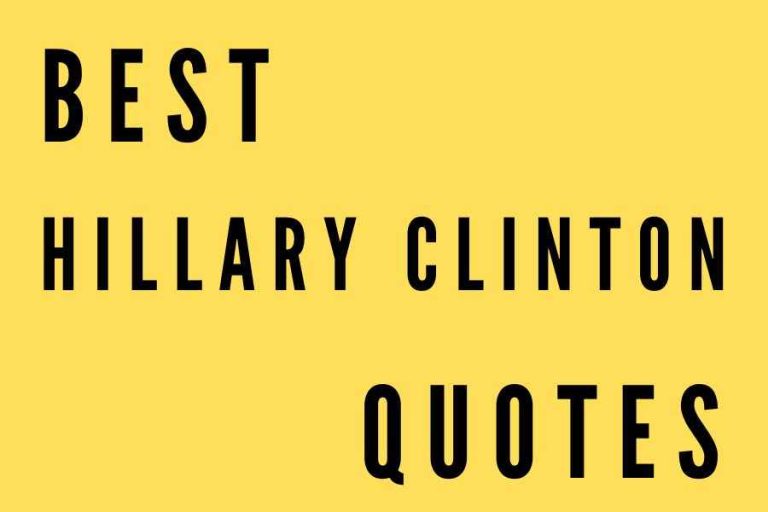 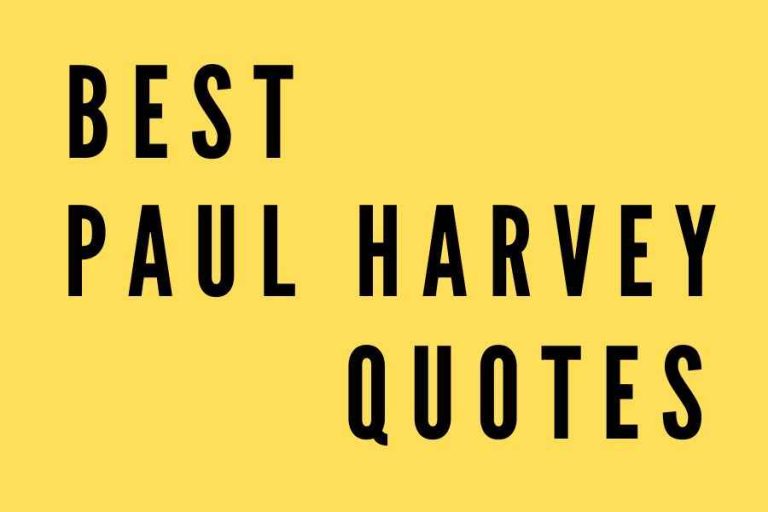 Paul Harvey was an American journalist and radio broadcaster who served as the host of The Rest of the Story from 1957 until his death in 2009. Paul Harvey was a true pioneer and the greatest ambassador— and perhaps performer—in the history of radio. Rush Limbaugh Paul was one of America’s most iconic voices and…