Dean Winchester, played by Jensen Ackles, has been an important character on Supernatural since the very beginning of the show, and he’s never disappointed with his witty comments and sarcastic sense of humor.

Dean Winchester has been through a lot during his time on the show. He’s seen angels and demons, he’s dealt with the Apocalypse, and he even died – twice! Yet somehow, Dean always finds his way back from death, and it seems like the ghost of his mother has something to do with it.

These Dean Winchester quotes from Supernatural will take you on an adventure through time, proving that every choice we make in life leads us somewhere new, no matter how small the decision may seem at the time.

Whether he’s quoting his favorite books, cracking wise, or trying to get Sam to talk to him, Dean Winchester has some of the best quotes in Supernatural history.

Here are 54 Dean Winchester quotes from Supernatural that will make you believe in fate, destiny, and the Winchester brothers.

God save us from half the people who think they’re doing God’s work. ―Dean Winchester

Just ’cause you love someone doesn’t mean you should stick around and screw up their life. ―Dean Winchester

Details are everything! You don’t want to go fighting ghosts without any health insurance. ―Dean Winchester

My name is Dean Winchester. I’m an Aquarius. I enjoy sunsets, long walks on the beach, and frisky women. And I did not kill anyone. ―Dean Winchester

I’m not gonna die in a hospital where the nurses aren’t even hot. ―Dean Winchester

Killing things that need killing is kind of our job. Last I checked, taking pleasure in that is not a crime. ―Dean Winchester

I’m going to take care of you, because that’s my job, right? Watching after my pain in the…little brother? ―Dean Winchester

Why is it my job to save these people? Why do I have to be some kind of hero? ―Dean Winchester

Well, you sure look lovely tonight. Especially for a dead chick. ―Dean Winchester

I usually draw the line at necrophilia. ―Dean Winchester

Man, you’ve been holding out on me: this college thing is awesome! ―Dean Winchester

Once a wise man told me, ‘Family don’t end in blood,’ but it doesn’t start there either. Family cares about you. Not what you can do for them. Family is there, for the good, bad, all of it. They got your back. Even when it hurts. That’s family. ―Dean Winchester

We make our own future. ―Dean Winchester

The Universe is trying to tell us something we both should already know. We’re stronger together than apart. ―Dean Winchester

Sam loves research. He does. He keeps it under his mattress right next to his KY. ―Dean Winchester

You’re always there, ya know? You’re the best friend we’ve ever had. ―Dean Winchester

You’re a doctor. You’re a medical professional. You’re trying to tell me that my brother’s life is in God’s hands? What, is that supposed to be a comfort? God has nothing to do with this equation at all. ―Dean Winchester

Well, I think I learned a valuable lesson. Always take down your Christmas decorations after new years or you might get filleted by a hooker from God. ―Dean Winchester

Dude, could you be more gay? Don’t answer that. ―Dean Winchester

He doesn’t exist, fine. Bad crap happens to good people. That’s how it is. There’s no rhyme or reason. Just random, horrible, evil. I get it, OK. I can roll with that. But if He is out there, what’s wrong with Him? Where the hell is He while all these decent people are getting torn to shreds? How does He live with Himself? You know, why doesn’t He help? ―Dean Winchester

And our best friend’s an angel. What!? — Dean Winchester

We know a little bit about a lot of things. Just enough to make us dangerous. ―Dean Winchester

You’re gonna wipe out a whole town for one little witch. Sounds to me like you’re compensating for something. ―Dean Winchester

I can’t believe you brought me here to see some guy who heals people out of a tent! ―Dean Winchester

No matter how much it hurts, no matter how hard it gets, you gotta keep grinding. ―Dean Winchester

Oh man, something is broken in you. You are making decisions I would never make. I would never sacrifice my friends. ―Dean Winchester

Wait a second, do dogs even have ghosts? ―Dean Winchester

You lie to your friends because if they knew the real you, they’d be freaked. ―Dean Winchester

Wow, you get a trophy in Stockholm Syndrome. ―Dean Winchester

What’re you gonna tell me next? The Easter Bunny’s Jewish? ―Dean Winchester

Of course, the most troubling question is why do these people assume we’re gay? ―Dean Winchester

You can download this Best Dean Winchester Quotes PDF for Free here.

What is Supernatural all about?

Supernatural is a TV show that follows the two brothers, Sam and Dean Winchester, as they hunt creatures and other supernatural beings across the country with their father John and later on with their mother Mary. The show starts out when Sam’s girlfriend Jessica dies of an apparent suicide due to being attacked by a demon, but it turns out she was actually murdered by one.

What are the main characters in Supernatural?

There are many important characters in Supernatural, but there are five main ones: Sam Winchester, Dean Winchester, Bobby Singer, John Winchester and Castiel.

What is the best season of Supernatural?

That depends on who you ask! Season five has many twists and turns that make it difficult to say what is the best season.

Which episode of Supernatural should I watch first?

If you have never seen Supernatural before, I would recommend watching Pilot because it will introduce you to the main characters. It will also give you an idea of how the show functions.

How many seasons does Supernatural have?

Currently, Supernatural has 15 seasons under its belt which means there are plenty more episodes for fans to enjoy!

There’s something about Dean Winchester that just makes you believe in fate. Maybe it’s the way he always seems to find his way back to his brother, no matter what.

Or maybe it’s the fact that he never gives up, even when the odds are against him.

Whatever the reason, you might find that these quotes from Dean prove that he’s a character who believes in destiny and knows that everything happens for a reason.

You would also like to check John Mulaney Quotes and David Goggins Quotes.

If you want to learn a lot… a lot about Dean Winchester and Supernatural, you would like to visit supernaturalwiki.com.

What is your favorite Dean Winchester quote. You can let us know here. 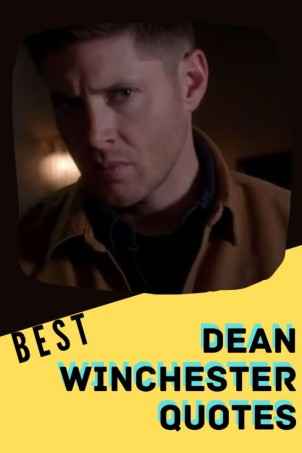 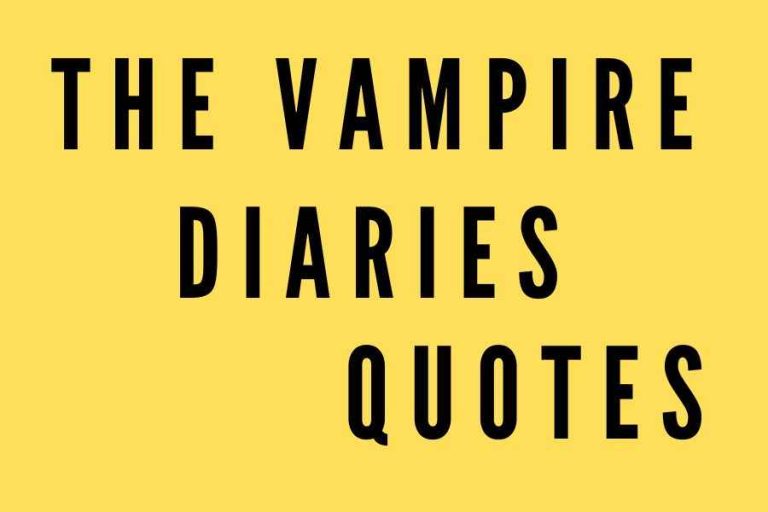 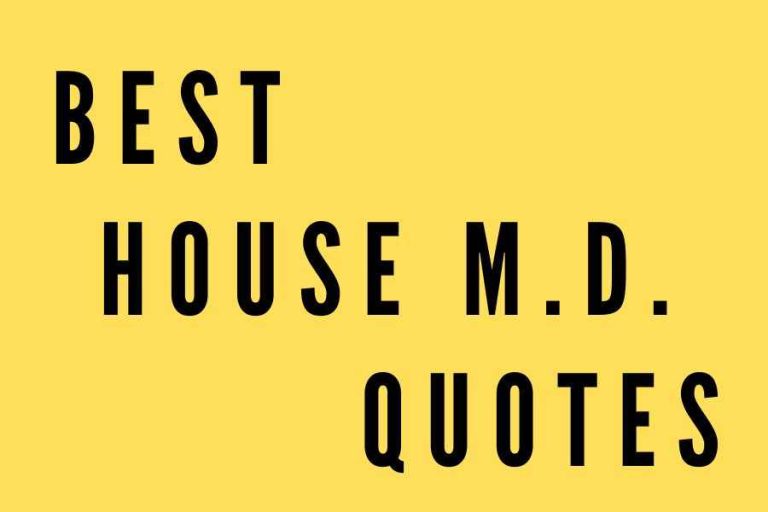 House M.D. is not just a light-hearted drama, but also an insightful character study into the mind of one such physician. House M.D., created by David Shore, features the sarcastic and brilliant Gregory House (Hugh Laurie) and his team of oddball doctors. House, the grumpy yet lovable anti-hero of House M.D., certainly isn’t known for…